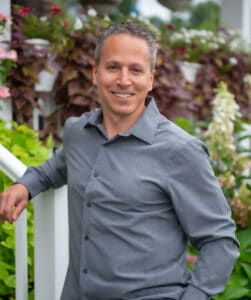 Matt Zinman is a difference-maker devoted to empowering others to live their best life. He freely shares experiences as an entrepreneur, athlete, single parent, caregiver and nonprofit founder. This drives his boundless passion as an author, podcast host, professional speaker and – most impactfully – creator of innovative life enrichment courses.

He the author of the highly-acclaimed book, Z-isms: Insights to Live By, which one elite reviewer describes as, “one of the finest guides to discover our true self and stimulate personal and interpersonal growth.” Matt is also working on his second book based on his concept of Happierness™, due out in 2022. 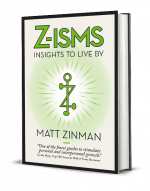 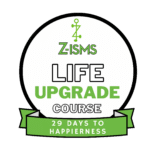 As they continued to evolve, Matt transformed the original concepts from Z-isms into an innovative self-education experience called the Life Upgrade: 29 Days to Happierness, which is a 4-in-1 course to advance personal self-discovery and mindset; well-being and energy awareness; interpersonal relationships and interactions; and about achieving ones’ purpose and legacy. The first module of the Life Upgrade is also available as a mini-course called the Mindset Reset: 7 Days to a Clearer You.

He is also the host of “Insights to Live By,” a podcast that invites guests to share their own pearls of wisdom for others to put into action. He also hosts solo episodes to delve deeper into Z-isms-related topics. 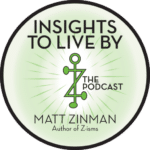 Matt is CEO of The Internship Institute, which he established in 2007 to bridge the gaps between education, active duty and employment by cultivating opportunities for students, veterans, businesses, nonprofits and communities. The organization enables students to gain essential work skills and provides employers with the know-how and resources to “Make Experience Matter.”

Matt also partners with his wife Erica, a Certified Health Coach, to help others improve their physical health and financial well-being with Isagenix nutrition and wellness solutions.

Matt began his career in brand marketing and communication management working for some of Philadelphia’s most prominent agencies where he assisted nearly 100 companies, including through his own firm, Z Communication, Inc., which he started in 2002.

He earned his B.A. in Journalism with a minor in film and broadcast media from Temple University in 1989. He and Erica reside near Philadelphia with their savvy teenagers, Jake and Greta.